Christopher Jerome Hill, of Houston, took a trucking assignment in Harrisburg two months ago to earn enough money to buy his own semi-truck

CJ, as he was known to his family, had been driving one of his father’s trucks, but saw the half-year assignment in Harrisburg as a way to afford his own. Eventually, he wanted to own his own trucking company, like his dad.

He flew to Harrisburg earlier this year, believing the new job would help set him up for the future. Instead, his body was being flown to his family’s home Wednesday night in a casket.

Someone shot him in the back of the head March 6 while he was driving a friend’s car near Italian Lake in the city. He had been out that night with a fellow truck driver. Hill crashed the vehicle in the 200 block of Division Street after the shooting.

Police said they believe the shots came from another vehicle. They declined to provide any other details about the killing because of the ongoing investigation.

Hill remained alive in the hospital for six days with the bullet still in his brain. Relatives from Texas and Florida rushed to Harrisburg to be by his bedside.

When it was clear there was no brain activity, his family honored his wishes that his organs be donated. He died March 12.

His family members cleaned out the hotel suite where he had been staying, and shipped his belongings home. His funeral is set for this weekend in Florida, where most of his relatives live.

Daquiri Hill (at left) taught his son CJ how to drive a truck and get his CDL.

“He didn’t deserve this at all,” Daiquiri Hill, CJ’s father, told PennLive Tuesday night. “That’s my son and my best friend at the same time. That’s what I lost.”

CJ Hill was a “go-getter” at a young age, relatives said. He was born in Lakeland, Florida, then moved to Georgia in 8th grade with his mother. He excelled academically in high school, and showed an interest in aviation. He was selected for a prestigious two-year cadet program in Georgia’s Civil Air Patrol while in high school.

After high school graduation, he wanted to pursue his passion for airplanes so he attended the Aviation Institute of Maintenance in Houston, where his dad lived. He also took flying lessons with a pilot, his father said.

At that time, his father transitioned from a job in the restaurant industry to truck driving. CJ saw how well his father was doing and the strong demand for drivers and wanted to get his Commercial Driver’s License too, Daiquiri Hill said.

Daiquiri Hill taught him to drive, CJ obtained his CDL and soon was driving his own routes sometimes as long as 14 hours per day. He earned a good income and bought his own townhouse in downtown Houston, where he enjoyed cooking meals for his friends.

CJ had great business instincts, relatives said. He paid attention to the stock market, carefully curated his credit score and was intently focused on starting his own businesses.

In addition to wanting to start his own trucking company, CJ also had bottled his grandfather’s secret recipe for Cajun spices and started selling to eager customers. He loved to cook, watched cooking shows on television and dreamed of owning his own restaurant. He even sold candles for a time.

“I was like, one thing at a time son,” Daiquiri said, laughing at the memory. “He always came to me for advice. I just told him, if you start something, you finish it.”

CJ also loved to record music. He wrote and produced rap songs on YouTube under the name CJ Legacy.

Family members said CJ was a young man ahead of his time, an old soul who loved to chat with older relatives, eager for their wisdom, and always was the one checking in on relatives. He made his large, loving family a priority. 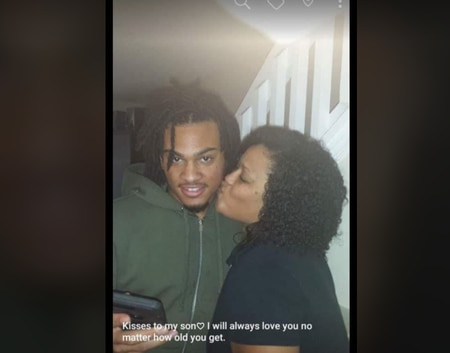 Hours before he died, in fact, he had reached out to three different cousins just to see how they were doing, his great aunt Pattina Griffin, of Houston, told PennLive. He told one cousin he would call back later, a call that never came.

Griffin said CJ regularly called her for business advice as she had started several ventures.

He wanted to create a similar legacy for himself, where he could create jobs for others and help people, she said.

CJ always had a job with benefits and insurance, Griffin said, but he hadn’t worked long enough at this recent contract assignment to have benefits, so relatives are scrambling to pay the medical bills and other unexpected expenses to fly his body to Florida and for the funeral.

“He had only been there for two months and I think his benefits might have started after three months, or 90 days,” she said. “That’s why we’re in such a predicament.”

The family has started an online fundraiser for anyone who wishes to help the family.

“He got his work ethic from his dad and grandpa. They worked hard and so did he,” Griffin said. “For this young man to be plucked from us like this is such a tragedy.”