Penn State Harrisburg recently announced the recipients of the college's annual Alumni Achievement Awards. One graduate from each of the college's five academic schools received the award for their outstanding professional achievements.

A virtual ceremony was held on October 8 to recognize the award winners.

Here are the biographies of the five recipients.

The School of Behavioral Sciences and Education has recognized Rita Girondi, President of Training Masters Inc. She is the leader of a team with a combined 20 years of experience in teaching, technology, school management, corporate responsibility, corporate governance, sales and personal training fields. Girondi spent nearly five decades as an education professional, including 12 years as a teacher, before moving to leadership positions in schools in Pennsylvania and California. She founded Thompson Learning Corporation in 1995 and served as President and CEO for seven years until the schools became part of Kaplan Higher Education. She founded Training Masters Inc. in 2002. Girondi is a strong advocate of community fundraising after serving as co-chair of the I.O. Silver Hearts and the Style and Strong Events for a decade. These events helped raise nearly $ 2 million for the Penn State Health Cardiovascular Specialties Clinic. She is a recipient of the President of the National Education Center and the Pennsylvania Business Woman & # 39; s Award. Girondi earned a bachelor's degree in humanities and master's degrees in teaching and curriculum from Penn State Harrisburg, her certificate in educational administration from the University of Pennsylvania, and a doctorate in education from Temple University. 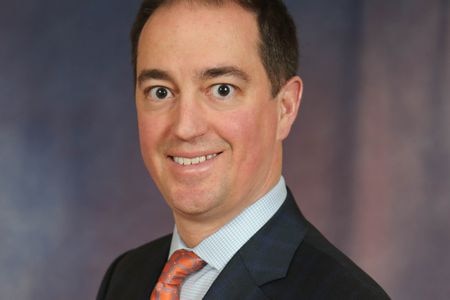 The School of Business Administration honored Brian Rusignuolo, Chief Information Officer and Senior Vice President of Select Medical Group Corporation. He offers technology vision and strategy for one of the largest providers of specialized acute and post-acute care in the country. Select's network includes more than 130 hospitals that specialize in long-term acute care, as well as more than 1,700 outpatient clinics that offer physiotherapy and occupational therapy. He joined Select Medical in 2001 where he has built talent and mentored executives on the information services team. Rusignuolo serves as Treasurer of the Board of Directors of Central Pennsylvania's Technology Council and serves on the Penn State Harrisburg IT Advisory Board. He is also a member of the Advisory Board for IT Professional Development at the University of Harrisburg. Rusignuolo is a graduate of Gettysburg College and earned his M.B.A. at Penn State Harrisburg. 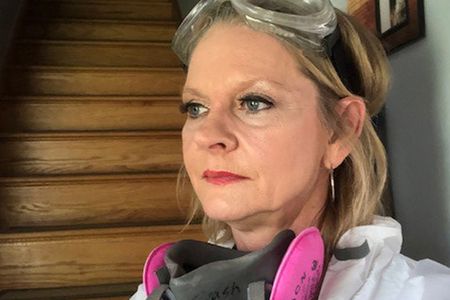 Carol Schaubhut, the owner of Steri-Clean Maryland / Delaware, is this year's recipient of the School of Humanities. Her company is a leading biohazard, crime scene and hoarding specialist in the Maryland and Delaware area. Steri-Clean Maryland / Delaware's goal is to serve those affected by hoarding by providing individuals with the tools and skills necessary to lead a tidy life. Most recently, Schaubhut and her company played a major role in the renovation of numerous schools, office buildings and government buildings during the COVID-19 pandemic. Prior to Steri-Clean, Schaubhut worked for an IT recruitment company after a 21-year career in broadcasting that included stints in Dallas, Texas, Allentown, Pennsylvania and Lancaster, Pennsylvania. She earned a Bachelor of Humanities from Penn State Harrisburg after graduating from Harrisburg Area Community College with an Associate of Arts degree in Mass Communication. 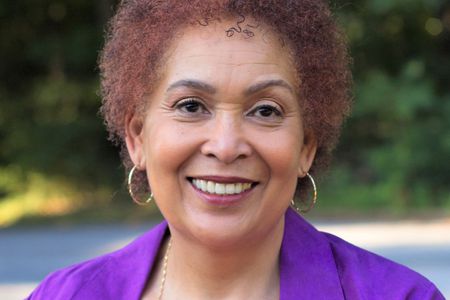 The School of Public Affairs honored La-Verna Fountain, the founder and president of Meaningful Communications Matter, LLC. Your organization uses training to focus on bridging the gap between household, community, and workplace misunderstandings and developing intentional and healthy dialogue. She was previously the vice president of strategic communications and construction business initiatives at Columbia University. While there, she directed internal and external communications for the university's largest administrative office, which consisted of 2,000 employees, and managed a number of award-winning programs and products designed for minority, women and locally owned business improvement. She is currently a lecturer at the Columbia School of Professional Studies. Fountain is a former senior advisor to Save the Children, an international children's charity that serves low-income rural and urban communities across the country. She began a career in government in Pennsylvania and became the first black and first female press secretary / intelligence officer for the Pennsylvania State Police. A US Army veteran and author of two books, Fountain earned her MSc in Negotiation and Conflict Resolution in Colombia, her BA in Public Order from Penn State Harrisburg, and her Associate in Police Administration from Harrisburg Area Community College. 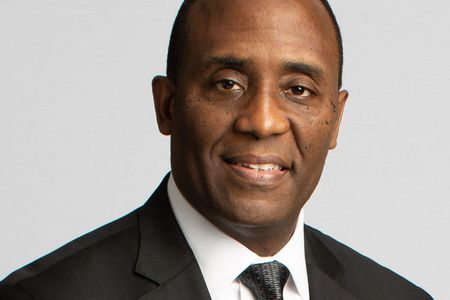 David Ellis, President and Chief Executive Officer of Entergy New Orleans, LLC, has been recognized by the School of Science, Engineering and Technology. His responsibilities include overseeing the company's financial and operational performance, customer service, regulatory and government relationships, economic development programs, communications, charitable donations, and environmental policies. Ellis has nearly 30 years of experience providing global solutions for reliability and clean energy technology. He was previously President of Global Power Technologies in New Jersey. He has also held numerous leadership positions with energy-focused companies, including demand response company Comverge and wholly owned subsidiary Clean Power Markets. His current organization supplies electricity and natural gas to hundreds of thousands of consumers. Ellis has authored and contributed to various professional publications and newsletters, and presented at several national venues including the Edison Electric Institute, the National APPA Conference for Colleges and Universities, and the World Energy Engineering Conference. He earned his M.B.A. from Eastern University after receiving a BS in electrical engineering from Penn State Harrisburg. He has also completed certificate-based courses from Drexel University and the Wharton School of Business at the University of Pennsylvania.