Here’s hoping 2021 is a brighter year for restaurants.

Across the nation, thousands of closings have been reported over the past 10 months due to the coronavirus pandemic. In Pennsylvania, an estimated 7,500 establishments could close, while 88% of owners say sales will continue to decrease in the coming months, according to the Pennsylvania Restaurant & Lodging Association.

Despite the uncertainties, there is a glimmer of hope. Several restaurants are forging ahead with plans to open in the new year.

Here’s a breakdown of what’s on the horizon in the Harrisburg area:

The Chocolatetown sign at Hersheypark on June 30, 2020.
Joe Hermitt | jhermitt@pennlive.com

They say good things are worth the wait. That could be said of The Chocolatier, held up from opening last summer at Hersheypark due to the pandemic.

Now, the restaurant is projected to open late spring or early summer as part of the park expansion that includes the new roller coaster, Candymonium.

The full-service restaurant and bar will feature “innovative fare with hints of chocolate” served in an open kitchen. Cocktails will be crafted behind a carrousel-themed bar while a signature dessert menu will be crated by executive pastry chef Cher Harris.

In addition, visitors will find The Sweeterie Confectionary Kitchen with more than 50 confections such as chocolate-dipped treats, artisanal baked goods, signature hand-crafted fudge and more. And if ice cream is something you crave, Milton’s Ice Cream Parlor, a vintage-style ice cream parlor, will scoop sundaes and shakes using Hershey’s products.

Chipotle Mexican Grills continue to pop up in central Pennsylvania.

One is opening at the former Sonic Drive-In along Linglestown Road in Susquehanna Township. The 2,325-square-foot pad site sits at the Blue Mountain Commons in the same complex as Giant. No word yet on an opening date.

Not far away in Derry Township, a Chipotle will open a 2,325 square-foot pad site at Hershey Square Shopping Center.

It won’t be long until Redd’s Smokehouse BBQ will turn on the smokers on the West Shore. Redd’s is bringing its southern barbecue to the former Jukebox Diner at 4890 Carlisle Pike in Hampden Township in mid-February.

For a decade, Redd’s at 109 N. Hanover St. in Carlisle has built a following for smoked meats, family-recipe side dishes and homemade sauces. But as demand has grown, owner Nick Mauldin said space constraints inside the shoe-box size restaurant have made it overwhelming to operate in the space. Redd’s also caters and bottles a line of homemade sauces.

The new restaurant will essentially act as a commissary for Redd’s. Preparation of sauces and dry rubs, as well as smoking of some meats, will be shifted to the new location, he said.

The new restaurant will have a large kitchen and room for a mammoth Southern Pride smoker capable of smoking 1,400 pounds of pork at a time, Mauldin said. The dining room will seat about 160 guests with additional space outdoors and serve lunch and dinner.

It doesn’t have a name yet, but restauranteur Judd Goodman, best known for the Federal Taphouse brand, is bringing a new concept to Harrisburg. He’s opening a takeout/delivery sushi and bento box spot at 1100 N. Third St.

“It’s going to be as hands-free as possible. We are really going to take advantage of the technology,” Goodman said. “People will just order and come in and pick it up.”

The restaurant is targeted to open as early as mid-February. The menu will cover a variety of traditional and specialty raw and cooked rolls.

Goodman said the to-go concept fits with the times. He’s teaming up with chef Alex Coenen.

“I think this is going to be the new way, these smaller footprint restaurants that are going to be catering to takeout and delivery,” Goodman said.

The restaurant will be open seven days a week for lunch and dinner.

The casual restaurant will open as early as March at the former Rock Bass Grill at 461 S. Front St. in Wormleysburg, which closed in September.

Owner Don Carter Jr. said Tequila Willies aligns more with what diners are looking for as interest in fine dining fades. He said he had been contemplating switching gears at the upscale Rock Bass for a long time as dining trends shift toward more casual concepts.

Over the past several months, he said business had dropped off at Rock Bass, especially over lunch as more professionals work from home. The restaurant is being used to accommodate overflow seating through January from Carter’s neighboring Dockside Willies restaurant.

Plans for the Urban Creamery in Paxtang fell through several years ago, but owner Vincent Ortega is resurrecting the concept in a new location. He has secured a building at 118 E. Main St. in Hummelstown to house the creamery and retail shop.

In addition, he has acquired a grant from the Pennsylvania Department of Agriculture. The European style creamery will produce and sell artisan cheeses and homemade yogurt.

Most of the cheese will be organic and made with milk sourced from grass-fed cows so it will contain no bovine somatotropin (bST) or hormones, he said. The creamery will contain a retail store and the cheeses will be sold outside of the area to restaurants and cheese shops in places such as New York.

Ortega is bringing in equipment and working with a consulting company from Holland specializing in cheese production to guide him through the start-up process. Eventually, the shop will expand to include a cafe. 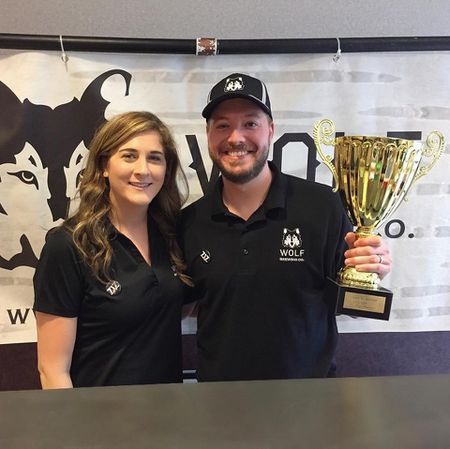 Construction is underway at this new brewpub in Mechanicsburg, which could open as early as February or March.

Brewery owners Derek and Elaine Wolf, who are active on the brewing circuit and have the hardware to prove it, will open an 8,000-square foot facility in the Market Square portion of Landmark Legacy Park in the borough.

It will encompass a brewery, taproom, lounge and kitchen with indoor seating for between 100 and 120 guests. In addition, guests can sit on an outdoor patio during warmer weather for special events and yard games.

It’s a big year for ZeroDay Brewing Company in Harrisburg.

On the heels of opening the new Midtown Cinema Outpost, ZeroDay has turned its attention to a new taproom at 925 N. Third St. in Harrisburg. It’s scheduled to open in the coming weeks.

The 150-capacity taproom will have “various indoor seating options and an outdoor courtyard,” as well as an event room that holds up to 60 people. A small-batch brewery will pump out options including the “dedicated barrel room for wood-aged and sour beers.”

Expect top notch food, as well. ZeroDay is partnering with neighboring Cork & Fork to create a Mexican and tapas-inspired menu.