It has been a tough year for restaurants in the Harrisburg area.

While the industry fights to stay afloat, some establishments have not weathered the storm and were forced to close. Not every restaurant cites the coronavirus pandemic as the main reason for closing, however, the virus stands out as the main culprit.

Below you’ll find a list of some of the major permanent closings in the region:

York County developer Queen St. Messina LLC purchased the Lower Paxton Township Applebee’s and is leasing the space, said Brad Rohrbaugh, executive vice president and retail director of Bennett Williams Retail. Meanwhile, he said the Hampden Township restaurant closed in March before the coronavirus pandemic started. It had been on the market and is now listed as under contract.

The popular Strawberry Square stop for coffee and bagels closed.

“We would like to extend well wishes to Joe & Joanne Berlin, owners of Bagel Lovers,” Strawberry Square said on its Facebook page. “They have retired their business and closed their Strawberry Square location after 26 years of business.”

BCB Rossmoyne owners took to Facebook on Dec. 28 to announce their restaurant at 4302 Louise Drive at the Rossmoyne Business Center in Lower Allen Township is permanently closed due to impacts from the coronavirus pandemic.

“With all of the repercussions of the virus affecting not just our business, but all of the businesses around the Rossmoyne Business Center, creating enough revenue to keep the doors open has become an impossible feat,” reads the post.

Owners and brother and sister, Wade and Laurel Weiser, opened the shop in 2017, a spinoff of their first coffee house, Brew Crumberland’s Best in New Cumberland. They continue to operate that shop at 1903 Bridge St.

The owners of The Boro Bar & Grill announced that their Hummelstown location would be retired as of September 28, 2020.
DAN GLEITER, The Patriot-NewsTHE PATRIOT-NEWS

A popular haunt in Hummelstown for wings and beer closed in September after owners Bill and Trish McCutcheon shared the news on social media.

On a Facebook post they announced the restaurant in Hummelstown was closing after 20 years. “Retirements should be celebrated. Cheers!” they wrote.

The couple continue to operate the Boro Bar & Grill at 4425 N. Front St. in Susquehanna Township.

Bliss Crepery at 14 Briarcrest Square in Derry Township closed in the spring after a three-year run.

“We are saddened to say that Bliss Crepery will not be opening again. We are happy to say that we have absolutely no regrets!!” read a Facebook post.

Heather and Nathan Bryner and their daughter Claudia opened the shop in 2017, specializing in sweet and savory stuffed crepes.

Bill Kohl, one of the principal owners, said COVID-19 and the operating restrictions placed on the restaurant industry have made it impossible to operate profitably, despite help from the federal government’s Paycheck Protection Program.

“This decision was extremely difficult given the impact on our employees,” he said. “We are thankful for the longstanding community support and reputation we have enjoyed from our loyal guests and the success we have enjoyed for the past 14 years. We are also proud of the impact the restaurant has had on the local restaurant scene.”

The restaurant opened in 2006 and collaborated with the Benjamin Olewine III School for Culinary Arts at Harrisburg Area Community College as a hands-on training platform for culinary students. Throughout the week, culinary students worked alongside Bricco’s professional staff.

The restaurant at 4010 Jonestown Road in Lower Paxton Township closed in August.

Owners and father-son team, Tefa and Mark Ghatas, said the decision was based on the restaurant industry’s uncertain future due to the coronavirus pandemic.

“We decided enough is enough,” Tefa Ghatas said. “It’s a very hard decision to make but I have no other choice.”

The restaurant opened in 2015 at a former Friendly’s and is decorated with big, bold furniture, modern lights and decorative topiaries. The Ghatas family is also part owners of City Line Diner in Paxtang. 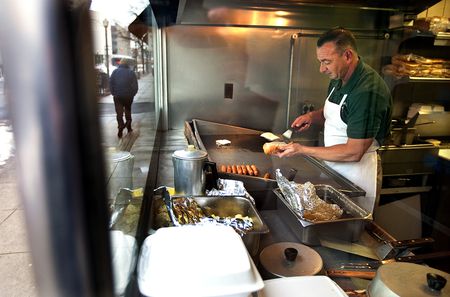 Dimitri Dimitrakopoulos is pictured working the grill at Flamingo Grille on Market Street in Harrisburg in 2010. The restaurant closed at the end of October. File photo by Dan Gleiter | dgleiter@pennlive.comTHE PATRIOT-NEWS

One of Harrisburg city’s landmark restaurants closed due to a drop in business related to the coronavirus pandemic.

At the end of October the Flamingo Grille at 317 Market St.served its final breakfast specials, cheeseburgers and rice pudding.

“It was taking a toll on me not only financially, but emotionally. It was stressful not knowing, not knowing what would happen next,” said Athena Dimitrakopoulos, owner.

Through the years the diner with its lunch counter seating, orange booths and less-than fancy atmosphere served breakfast and lunch to generations of people. It was referred to as “Harrisburg’s favorite breakfast & lunch spot.”

Some described the Flamingo Grill as “no-frills” and a “little gem.” “They are friendly and quick to serve. Food is good coffee is strong….prices are low. It’s the real deal!” wrote one reviewer on Yelp.

In September, Grilled Cheese Plus on Walnut Street in Harrisburg closed. The 4-year-old restaurant specialized in custom grilled cheese sandwiches made on homemade bread, soups and breakfast items.

“We regret to inform you all that Grilled Cheese Plus is now no more than a statistic, a splatter on the windshield, the bottomed out undercarriage on the speed bump of life known as COVID-19,” read a post on the restaurant’s Facebook page.

“We will continue to cater large parties and events (although most all are cancelled for the remainder of 2020). Thanks for your patronage over the past three years.”

The owners had expanded to Harrisburg after a successful Grilled Cheese Plus stand at the former Saturday’s Market in Londonderry Township.

The restaurant in West Hanover Township closed on July 31 after an eight-year run.

“I have to stop the bleeding, because now all I’m doing is digging into my personal (finances) and nobody is going to refund that. It’s really a shame,” said owner Scott Levy.

Levy, who is a certified executive chef, blamed the coronavirus pandemic as well as the state’s restrictions placed on restaurants and bars as the reason for a drop in business that prompted the decision to close. In March, the restaurant closed when stay-at-home orders were announced. It reopened on July 6.

It was later reported the restaurant had been hit with federal tax evasion charges.

The restaurant at 257 N. Hershey Road opened in 2012, not far from the Route 39 exit of Route 81 overshadowed by several hotels.

In July, the Pennsylvania-based chain closed its restaurant at 840 N. Hanover St. in Elizabethtown.

Philip Sukenik, vice president of operations, cited declining sales over the past couple of years as well as struggles related to rebounding after closing sit-down dining due to the coronavirus pandemic. All of the employees were offered jobs at Hoss’s other locations, he said.

The Hoss’s in Elizabethtown opened in 1995. The chain is headquartered in Duncansville and operates 34 Hoss’s as well as four Marzoni’s Brick Oven & Brewing Co. locations, including one in Lower Allen Township.

“It is with great regret and sadness that I am writing this post to all of you. Unfortunately, the diner will not be reopening for business,” reads the post.

In the message, the owners thanked customers and recalled some of their favorite memories.

“We will miss seeing the man who slow danced with his wife at the host stand, the lady who would come in to hear that special song and think of her late husband while having lunch, the kids faces when Santa would walk in, the ladies who’s hearts would flutter at the sight of Elvis, the incredible counter crew, the daily/weekly regulars who became family to many of us…”

“Each and every single one of you made Jukebox what it was and it has been a pleasure to serve you, to get to know you and your families. Thank you for sharing that with us,” the post continued.

“Today we close the doors to Olivia’s forever. Our hearts are filled with the memories we shared together celebrating so many milestones with everyone who walked through the doors,” reads a Facebook post. 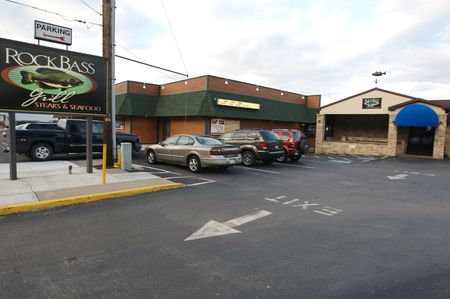 Owner Don Carter, Jr. closed Rock Bass Grill in Wormleysburg in September and is remodeling the space for a new endeavor, Tequila Willies Southwest American Grille. It will open in 2021.

“The bottom line is Willies has been so successful over the years, and it’s fun,” Carter said.

The owner of a handful of central Pennsylvania establishments, including three deck dining spots in Wormleysburg, said he had been contemplating switching gears at the upscale Rock Bass for a long time as dining trends shift toward more casual concepts.

A handful of Subway restaurants, including one at Strawberry Square in Harrisburg, has closed.

“It is with a good deal of sadness that we wish farewell to the Subway restaurant in the food court at Strawberry Square,” Strawberry Square said on its Facebook page. “After nearly 20 years in business, franchise owner Brad Welsch is retiring and closing this Subway location for good.”

The Week that Was: Information and options round Harrisburg – The Burg Information