Opening a restaurant during a pandemic is no easy feat.

Across the region, restaurants are locking their doors and new projects come to a halt as the economy falters and owners struggle to operate under industry-wide COVID-19 mandates.

Yet, a handful of projects – many of them underway before the pandemic – are still projected to open in the near future. Here’s a few we know about:

The former Dairy Queen in Lower Swatara Township is reopening soon as Angelina’s.

The pizza and ice cream shop is hosting a grand opening on Sept. 5 at the restaurant at 1100 Fulling Mill Road outside of Middletown.

The full-service restaurant will sell pizza, strombolis and cheesesteaks as well as plenty of ice cream creations such as sundaes, cones and shakes. Adding to the selections will be a full coffee bar with gourmet coffee and espresso and treats such as biscotti, cookies and cannoli.

Blaze Pizza lets you build your own pizza from an assortment of ingredients.Shutterstock Custom

Next month the build-your-own pizza chain will fire up the Capital City Mall in Lower Allen Township next to Primanti Bros. and the Fine Wine & Good Spirits store.

Blaze Pizza’s closest locations operate in Philadelphia, Baltimore and Pittsburgh. At Blaze, customers can order from a menu of signature pizzas or build their own from a list of toppings and ingredients.

The 3,400 square-foot restaurant has seating for about 60 guests as well as an outdoor patio.

Founders Rick and Elise Wetzel hatched the business plan for Blaze in 2011, and a year later opened the first units in California. The Wetzels, who are also cofounders of Wetzel’s Pretzels, were looking for a quick lunch spot for pizza and modeled the concept after other fast-casual chains such as Chipotle.

Blaze was recently named pizza “brand of the year” by the Harris Poll and “America’s favorite pizza chain” by Market Force Information in 2019.

Along with regular pizza dough, Blaze carries gluten-free and Keto crusts as well as vegan cheese and plant-based spicy chorizo.

Since 2016, owner Samra Alic has been sharing her passion for baking from her midtown Harrisburg shop. Now she is on the cusp of expanding to a former church at 105 S. Market St. in Mechanicsburg.

Demolition work began on the building this summer, with a possible late September opening.

Dalicia specializes in European desserts such as tortes, German strudels, French style macarons and cannoli as well as custom cakes in a variety of sizes. But it’s not just about sweet treats. Dalicia also serves breakfast specials, hot and cold sandwiches, crepes and homemade breads.

One of the upscale neighborhood pubs is scheduled to open at the former TGI Friday’s at 3882 Union Deposit Road in Susquehanna Township.

P.J. Whelihan’s is owned by P.J.W. Restaurant Group, which operates five different restaurant concepts in New Jersey and Pennsylvania, including The Pour House, Treno Pizza Bar and The ChopHouse.

P.J.‘s claim to fame is supplier of wings for Wing Bowl, the former pre-Super Bowl wing-eating extravaganza that was held in Philadelphia’s Wells Fargo Center. But the restaurants do more than fry wings.

“We deeply engrain ourself in the neighborhood. We get involved in supporting the local schools. We want to be part of the community,” said Jim Fris, the chain’s chief executive officer. 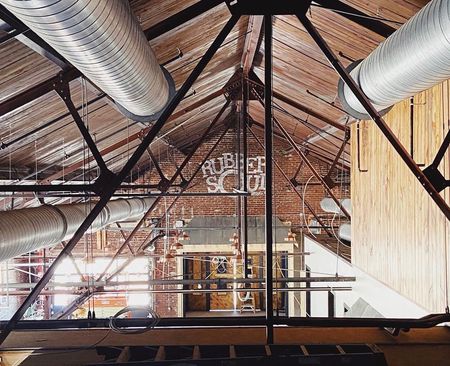 Rubber Soul Brewing is opening later this summer in Hummelstown.

The one-time Maryland-based brewery is riding into Hummelstown soon.

The new partners are in the midst of transforming a former borough building in the 100 block of South Hanover Street across from the Olde Antique Shop and Rita’s Italian Ice. They expect to open it in August.

A Panera Bread will join the Susquehanna Union Green off Linglestown Road in Susquehanna Township. The location will have a drive-thru and is expected to open this fall. 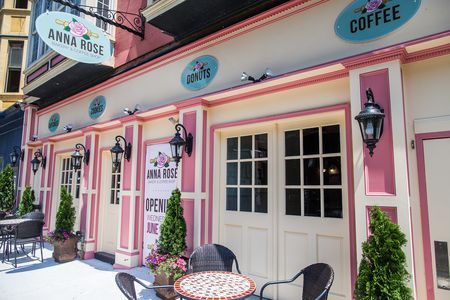 It’s not new by any means but Anna Rose Bakery at 405 Walnut St. in Harrisburg is relocating Sept. 9 to a prominent city corner.

Owner Ron Kamionka said the location at the former Pita Pit at Walnut and Second streets positions the bakery at a more visible spot with easier access for customers to pick up cake orders. He said it will reopen on Sept. 9.

The bakery opened in 2017 and is named after Kamionka’s late mother, Anna Rose. He also owns several businesses in the city, including Sawyer’s, Bourbon Street Saloon and Hops, Vines & Spirits Tasting Room.

About two years ago, owner Joshua Kesler announced the project at the former Creative Elegance Boutique at 2129 Market St. in Camp Hill. But now the opening is suspended due to the coronavirus pandemic.

Once open, it will serve beer made at the Millworks in Harrisburg as well as Pennsylvania wine, beer and spirits to pair with a sustainable farm focused menu.

Renovations included expanding the porch and relocating a parking lot from the side to the rear of the building to create outdoor seating, Kesler said. In addition, he emphasized they preserved the architectural distinctiveness of the building, which dates back to the 1830s.

Kesler opened the Millworks in Midtown in 2015, and along with the restaurant, the facility houses a gallery and about two dozen leased artist studios. He opened the brewery and 165-seat rooftop biergarten in 2016. It is also temporarily closed.

Thanks for visiting PennLive. Quality local journalism has never been more important. We need your support. Not a subscriber yet? Please consider supporting our work.